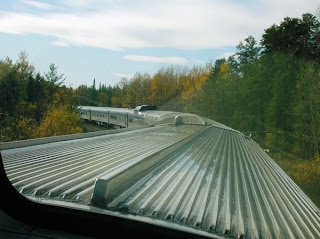 But the place we all agreed would be very cool to visit - and we don't
Mean cool like cold - but we do find it funny that we want to visit the one place
That's probably colder than where we live - Iceland! We know that there's
A volcano there - Canada doesn't have volcanoes and Iceland's has erupted
Recently - imagine that! Also, we love the Northern Lights and we think
Iceland probably sees them really often which we would also really like
Yes - if we could go anywhere for a visit - Iceland would be our choice, for sure.
Posted by S.E.Ingraham at 9:38 PM 2 comments: 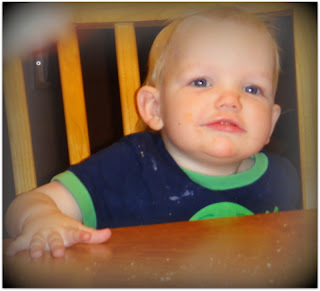 All those pictures of bread made us hungry
But also made me remember what J-JAL 1.5's
Very first word was and, you might have guessed
It already - it was the same as the title of this poem
Whenever my Grandpa would have something
Really yummy or delicious, he would go
"MmmMmmMmm" and right afterwards so
Would my little brother, even before he could
Say actual words - it was funny to hear him go
"MmmMmmMmm" over and over because
The more people laughed, the more he did it
It's fun to be the baby - I remember that but
I can still make people laugh sometimes, I can

In this cold land where sub-Arctic temperatures
Make going outside impossible most days
It's hard not to wish that Spring would hurry up so
We can swing, slide, ride bikes and yes, shout hooray

Even when you're little and have little tiny teeth
You have to take care of them or they get holes
That's what we heard anyhow - from our Aunt
She used to work with a dentist and that is a special
Doctor - a really nice one - we know because we go
To see one and he has a big, big, chair that's very comfy
But he said the same thing - you must brush, brush, brush
Your teeth after every meal so that the food goes
Down your throat and doesn't hang around your teeth
And make holes - I don't get it exactly but I love my toothbrush
It jiggles in my mouth all by itself and it has Thomas the Train
On it and my little brother's has Dora the Explorer on his
And his jiggles too, but we still have to remember to do some
Brushing or the bristles don't reach all the teeth - it tickles
Your tongue though but that's okay - it's very fun 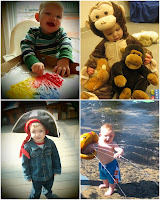 We may be little but that is more than okay
Every week at our day-home is another chance
For us to learn about something new every day
One week we were heroes, with powers and  capes
Next time we did robots and put on a robot play
Whatever our theme is, we do crafts and art to match
And have stories, movies, food too - that's just the way
Team Dragonosaurus lucks out at preschool - say YAY!
Posted by S.E.Ingraham at 5:11 PM No comments:

We think it's funny how some things in your house
especially things you sit on for instance -
can have many different names
In our house, we have a couch but my Grandma
calls hers, that's almost the same, a sofa
and my Great-grandma used to call hers a chesterfield
But they all look pretty much the same to us

But a really funny thing - both of us think
Has to be the recliners - you know those fat chairs
That you can make go back and back and almost lay in them?
Some of them even have a little handle on the side
to help you lay them back? Mostly we've heard them
called a recliner, or a lounger, but Grandma and Grandpa
call theirs a "lazy boy" which makes us giggle like crazy
'cause first of all - how can they tell if a chair is a boy anyhow?
And why do they think it is tired? Or lazy? Isn't that what lazy means...

We think so but we're not sure - we just think it's pretty funny
And maybe rude - still, we love it when we get to sit in their
Lazy boy - hah- lazy boy - isn't that just the funniest thing ever?
Posted by S.E.Ingraham at 11:02 PM No comments: